It takes a big rubber press system to mould big rubber parts. WICKERT, Landau, has developed and manufactured one of the largest, if not the largest, presses for moulded rubber parts in the world for the Austrian company Semperit. The 100 000 kN press went into operation at the end of 2015. With heating plates measuring 3 300 mm by 3 600 mm, it can produce parts up to 11 m². The weight of the WKP 100 000 upstroke frame press is also a clear indication of its considerable (5 m x 5 m x 8 m) size: approximately 384 tonnes.

The WKP 100 000 press is installed at the Wimpassing plant in Lower Austria. Its range of functions allows the particularly economic production of elastomer diaphragms for filter plates. These large products are custom-manufactured in the SEMPERIT ENGINEERED SOLUTIONS Business Unit under the supervision of development and production specialists.

The die to be used is transported to the press on a special forklift. Changing the mould is quick and easy:it is lifted with an integrated crane unit for the upper part of the mould without any additional external devices needed. The mould to be installed is placed in the sliding table extended position. Chains attach the upper and lower parts of the mould, which are bolted together, to the loops on the lifting unit for the upper part of the mould. Both parts are then lifted. Once the mould has been lifted high enough, the sliding table is moved underneath and it lowered onto it. The lifting unit is also needed during normal operations.

In order to load and unload the moulds as quickly as possible, there are two roller conveyors.


One roller conveyor is used for unloading.The finished moulded part is pulled onto the conveyor and moved away from the machine. At the same time, the other roller conveyor with prepared blanks is moved up to the machine so that they can be fed onto the mould. This will give a significant advantage in terms of cycle time during mould service.

With a high-pressure axial piston pump and electric pressure and quantity control systems, the hydraulic drive allows any force or speed to be preset for all the movement functions. A high level of reproducibility is ensured by the closed loop system. Any falling or rising force curve can be selected. To economize on energy, a hydraulic accumulator keeps the pressure in the main cylinder constant while the system is heating, saving approximately 25 kW/h per operating hour compared to a conventional drive.

The special design of the heating plates is typical of WICKERT. They are divided into four zones with each two temperature sensors, allowing homogeneous temperature distribution and precise control to within ± 2°C over the whole surface.

The heating plates each have their own steam control valve, so that the temperature can be adjusted separately above and below to suit the moulded shape and the material. The maximum steam temperature is 180°C.

There is an accurate displacement position sensor at each corner of the WKP 100 000 to detect any misplacement of the press plate. Using the HMI screen, the operator can define the level of misplacement at which the pressing movement should stop.

Plan parallel to 0.2 mm with a full load

An important quality aspect in presses for rubber moulding is their ability to remain parallel under a full load, as this impacts on fluctuations in the thickness of the product. The large 3 300 x 3 600 mm surface is parallel to a possibly record-breaking 0.2 mm. This very high level of accuracy is achieved with a very rigid and precise mechanism and with the option to control each of the nine main cylinders separately.

A light curtain below the upper heating plate registers when the mould has reached the "almost closed" position. At this point, the system automatically slows the closing speed. This optimizes the closing profile of the press and saves up to 20 s per cycle.

Furthermore, it is not necessary to enter the height of the mould manually, which is more convenient and avoids the theoretical possibility of incorrect data entry. As soon as the press opens to approximately 100 mm, it pauses to ensure efficient exhaust suction.

The elastomer press is constructed in WICKERT's modular design and sets new standards in size and energy efficiency. The intelligent energy-saving measures in the design of the hydraulic system and the closing profile are evidence that the high standards set for production quality, in terms of temperature, execution and last but not least, economy, have remained the same.

About the user of the press

Semperit AG Holding is a publicly listed, internationally-oriented group that develops and produces highly specialised rubber products for the medical and industrial sectors which the group sells in over 100 countries. These products include examination and surgical gloves, hydraulic and industrial hoses, conveyor belts, escalator handrails, construction profiles, moulded components for industrial applications, cable car rings and products for railway superstructures. The headquarters of this long-standing Austrian company, which was founded in 1824, are located in Vienna. The Semperit Group employs about 7 000 people worldwide, including close to 4 100 in Asia and more than 800 in Austria (in Vienna and at the production site in Wimpassing in Lower Austria).

The group has 22 manufacturing facilities worldwide and numerous sales offices in Europe, Asia, America and Australia. In 2015 the Group generated revenue of EUR 915 million and an EBITDA of EUR 96 million.

We assist you with our experience 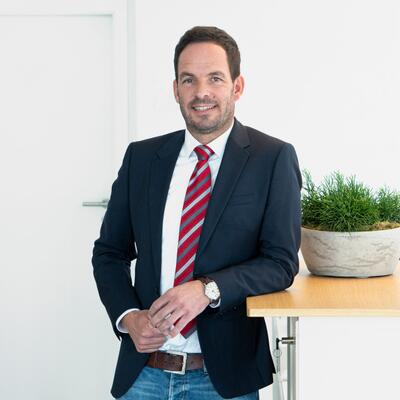